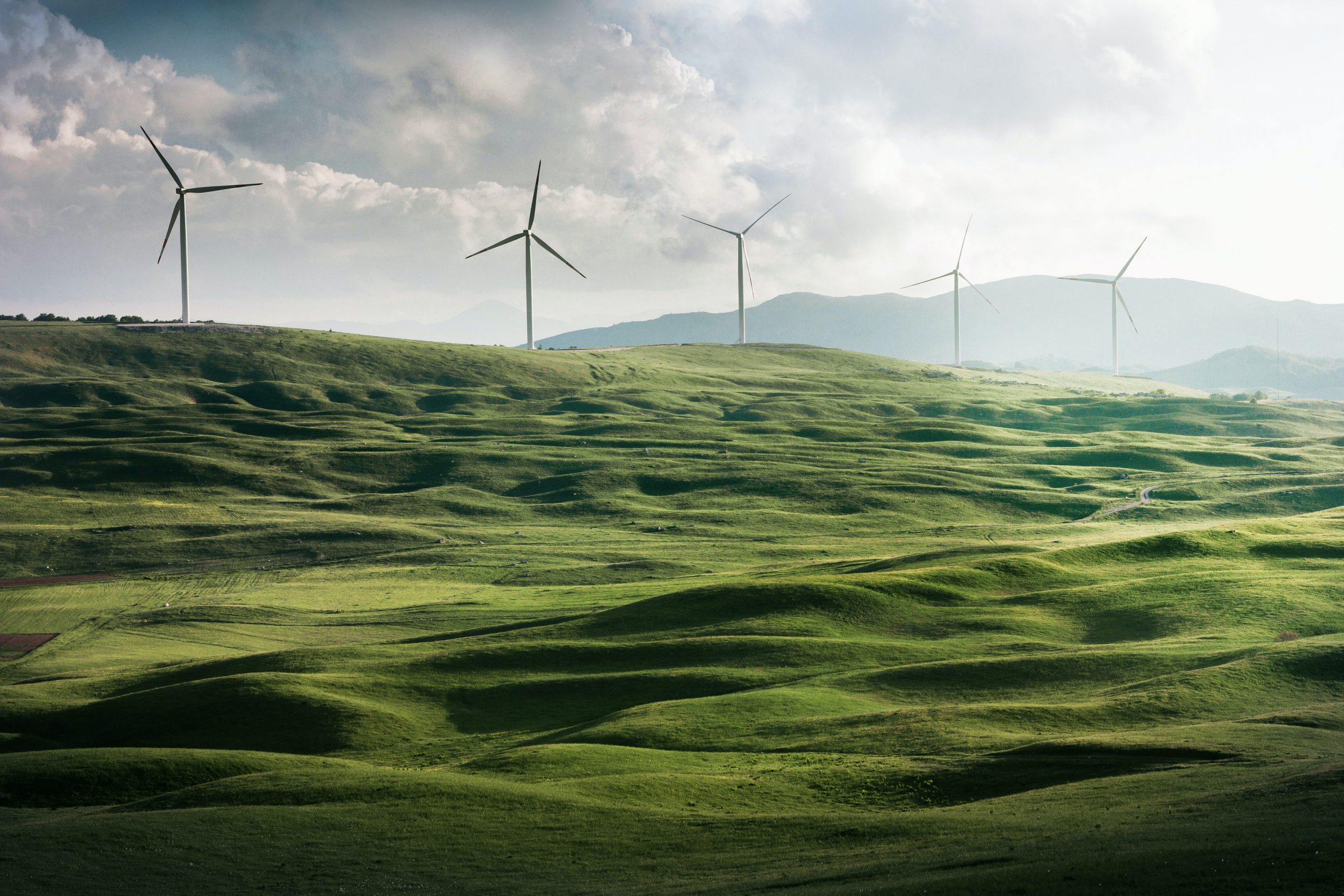 The term ‘sustainability’ has long been on the tip of business leaders’ tongues; however, as witnessed at the 2021 COP26 climate conference, tangible metrics for sustainable management are very much du jour. Enter the Environmental, Social and Governance (ESG) framework, an emerging global standard that is changing the face of the business landscape. In the following series, we will explore the ESG concept in depth, diving into its structure, historical roots and the benefits it can offer for companies looking to guarantee success into the future.

The environmental component of ESG refers to a company’s energy consumption, natural resource conservation, and in some cases, treatment of animals. Moreover, companies  in many industries (e.g. mining and petroleum) may use environmental criteria to evaluate operational risks and develop plans which aim to mitigate them. Indeed, as the drive for emissions reductions continues across the globe, many companies are adopting ESG frameworks to optimize their energy use, move to carbon-zero sources of renewable energy and ultimately, reduce their environmental impact.

The social aspect of ESG is perhaps the hardest for companies to measure. In essence, it refers to companies’ business relationships, the types of suppliers and distributors with which they work, their contribution to their wider community, and how they treat their own employees. Moreover, the aspect is usually broken down to address four key issues: diversity, human rights, consumer protection and animal welfare.

Yet despite the issues surrounding the measurability of the social aspect of ESG, companies can use a number of criteria to gauge the impact of their product/service and their business practices on the societies in which they operate. For example, customer satisfaction and employee well-being surveys can serve as useful tools through which a company can measure its impact on key internal and external stakeholders. Moreover, gender and racial diversity criteria for work forces and company management can help measure whether or not their hiring practices align with modern society’s values.

The term ‘corporate governance’ is broad in nature; however, in the context of ESG, it refers to senior management’s ability to enact processes that ensure that the interests of a company’s key stakeholders (e.g. employees, suppliers, shareholders and customers) are well served. More specifically the term can be broken down and addressed into four different categories: management structure, employee relations, executive compensation and employee compensation.

Sound corporate governance is critical for shoring up financial stability and securing the confidence of investors; however, its true importance is perhaps best highlighted by the consequences of its absence. Strong examples for this can be found in numerous case studies, including Enron in 2007 and Carilion in 2018.

For many, the term ESG is relatively new to the modern business lexicon; however, its roots can be traced back to British and US trade unions of the 1950s and 1960s who realized their assets’ (e.g. pension funds) potential to bring about wider social environment change. Consequently, many unions began to make investments in their wider communities – the most notable of which included the International Brotherhood of Electrical Workers’s investment in affordable housing and United Mine Workers’s investment in healthcare facilities.

In 1970 – responding to this emerging inclination towards social responsibility and philanthropy – US economist Martin Friedman published an essay for the New York Times titled, “A Friedman Doctrine: The Social Responsibility of Business is to Increase Profits” , throughout which he argues that a company’s only responsibility is to its shareholders; not the wider society in which it operates. Since its publication, Friedman’s doctrine has been the subject of much debate among economists, business leaders and politicians alike, including on its 50th anniversary in late 2020.

Yet despite Friedman’s efforts, the concept of ESG continued to accelerate, and the United States government continued to pass legislation (e.g. the Occupational Safety and Health Act [1970], and the Clean Water Act [1972]) which required companies to adopt business practices which would not bring harm to the environments in which operated and conversely, to those who lived within them.

As concern over climate change and global warming grew over the coming decades, the shift towards more sustainable business practices and investments began to take the global stage. In 1992, Rio de Janeiro hosted the United Nations Framework Convention on Climate Change, more commonly known as the Earth Summit, at which 152 countries signed a treaty, which upon ratification, required governments to reduce atmospheric concentrations of greenhouse gasses. The outcome of the Earth Summit would ultimately lay the groundwork for a series of further environmental treaties and agreements such as those of the Kyoto Protocol in 1997 and the United Nations Global Compact in 2000.

Such seismic shifts in the global regulatory landscape were heard for the wider business community to ignore, and in 1994, John Elkington, a leading business writer, author and entrepreneur, coined the term Triple Bottom Line (TBL). Originally an accounting framework, TBL would begin to rapidly evolve, shaping the practices and mindsets of business leaders across all industries. Today, many – including Elkington himself – believe TBL to be a precursor to the foundations for what we now know as the ESG framework.

However, the ESG concept’s true genesis wouldn’t take place until 2004, when the term was officially coined in a landmark study titled, “Who Cares Wins: Connecting Financial Markets to a Changing World”. Henceforth, the term ESG was ingrained in the intergovernmental vernacular, and in 2006 the UN’s Principles for Responsible Investment (PRI) report required that ESG criteria be incorporated in the financial evaluation of companies, thus turning the concept into a staple for organizational leaders across the globe.

Since 2006, the number of PRI signatories has grown significantly (Source: Forbes)

As a result of the aforementioned global treatments and agreements, governments across jurisdictions have adapted their legislative and regulatory frameworks to both accommodate and encourage sustainable business practices, greater ESG investing, and increased transparency of ESG risk data.

Over the course of 2021, the United States and the European Union introduced two key sets of regulations which over the coming years, are set to considerably shift the business landscape for companies, financial managers and investors alike.

In the EU, The Sustainable Financial Disclosure Framework (SFDR) ,which came into effect in March this year, mandates that climate and sustainability be considered fundamental investments risks, placing ESG issues on-par with traditional financial risk indicators. Across the Atlantic, the US House of Representatives recently passed the ESG Disclosure Simplification Act – a key conquest in the Biden Administration’s quest for companies to show greater transparency when disclosing economic and social risks to investors, including climate related risks.

The momentum which the ESG concept has built over the past 70 years is only set to continue, and as can be seen by the recent wave of global regulatory introductions, the concept is set to play a defining role in the business landscape in the years to come. As such, in our next article, we provide an in depth analysis of the benefits that embracing the ESG concept and applying to management practices can have for organizations.

At HFX, we help train business managers to understand the strategic importance of sustainable management, including the specific impact and benefits of certifications through our simulations, Strategic Eco-Manager and Healthcare Hero. If you are interested in learning more, please contact us today. 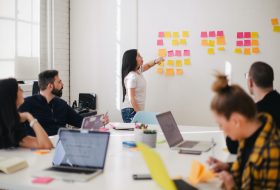 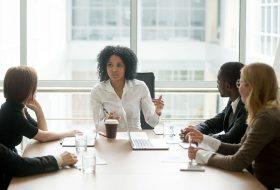 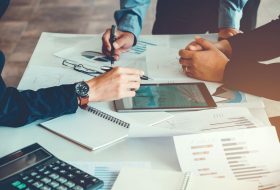 The Triple Bottom Line (TBL) Series: What is the TBL?